Sign in begin browsing the member's area, and interacting with the AWC community.

The Atlanta Woman’s Club was formed in 1895 following a meeting of the Cotton States Exposition in Piedmont Park. The council of the General Federation of Women’s Clubs was in held Atlanta and Mrs. Rebecca Douglas Lowe, our founder, was present at this meeting.

Following the meeting at Piedmont Park in the fall of 1895, Mrs. Lowe gathered together a group of interested ladies in her home. That was the beginning of The Atlanta Woman’s Club.

Our first home was in Mrs. Lowe’s home. The Club then moved to the McGhee Opera Building in downtown Atlanta, which we knew as the Lowe’s Grand Theatre. In 1910 the Club purchased its first home, which was the Christian Science building located on West Baker Street at the intersection of Peachtree Street and West Peachtree. It was a colonial home originally, which the ladies endeavored to restore. The Atlanta Woman’s Club remained in that home until 1920 at which time we moved into our current home, The Wimbish House 19. For more information, please visit: The Wimbish House.

For more information on the history of the Atlanta Woman’s Club, please click here.

The Wimbish House serves as our headquarters, and it is affectionately known as the “Old Lady of Peachtree.” The house is a designated national, state and city historical landmark in the heart of Midtown, and is admired by many throughout the State of Georgia.Our Club’s monthly membership and executive meetings are held in the clubhouse, as well as the many special events that we host. The Wimbish House facilities may be rented for use for wedding ceremonies, bridal showers, bar and bat mitzvahs, office parties, and other events find this mansion quite an extraordinary venue! A significant portion of the proceeds from all event rentals are used to support charitable works of the Atlanta Woman’s Club which benefit our community.

The Wimbish House was commissioned in 1906 by prominent Atlanta attorney William A. Wimbish as a residence befitting his family’s social status. Inspired by the Wimbishes’ visit to the home of friends in the south of France shortly after their marriage and prior to the turn of the 20th century. They were impressed with the beauty of their friends’ sandstone French Chateau and sought to emulate it upon their return to Atlanta. Mr. Wimbish acquired the services of Mr. Walter T. Downing. As a young architect, Downing achieved fame and success by winning the competition to build “The Fine Arts Building” for the International Cotton States Exhibition in the fall of 1895, which was held at what is now Piedmont Park.

The Wimbish House is one of the few remaining homes along what was once known as Atlanta’s fashionable “Mansion Row.” The Wimbish Family lived in the home from 1906 to 1919. In 1919, the women of the Atlanta Woman’s Club purchased the home for use as their Clubhouse for $47,500. The first meeting of the Atlanta Woman’s Club in The Wimbish House was in February 1920. Among the most famous of invited guests in the 1920’s was Houdini who presented a program as a magician and lecturer in March of 1924.

Today, our lovely Victorian-era home which is beautifully restored, nestles proudly among Midtown’s dramatic corporate skyscrapers, stylish hotels and trendy restaurants, and celebrated cultural arts venues. The Wimbish House provides a magical backdrop for the most momentous of occasions. Located in the heart of Midtown near the intersection of 14th St. and Peachtree St., this historic venue is a reminder of the life on Peachtree Street at the turn of the century. For more information, please visit: http://www.thewimbishhouse.com. 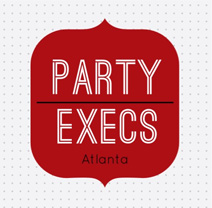 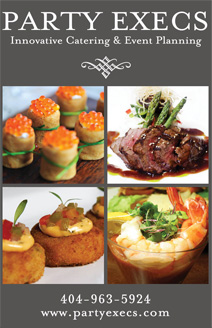 In late 1895, “With some fear and considerable misgiving, a group of progressive Atlanta women met at Rebecca Douglas Lowe’s Peachtree Street home near North Avenue to discuss the advisability of forming an organization to be known as the Atlanta Woman’s Club. The object of the Club is three-fold, social, literary and humanitarian.